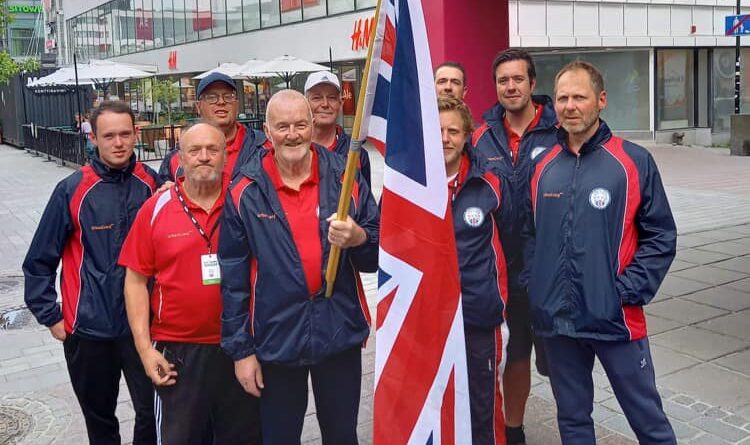 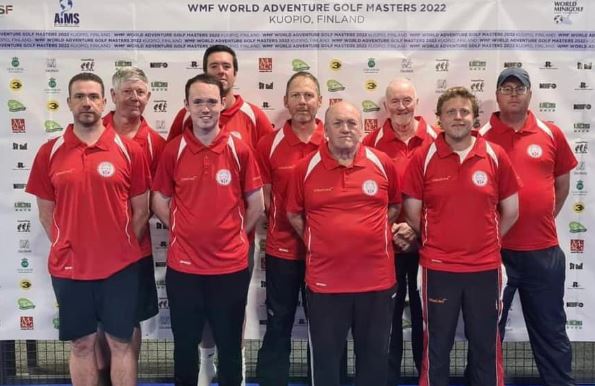 After two days of practice, team selection would be decided over two rounds on the morning of Thursday 16th June, this resulted in the following teams:

As always, the priority is the Team competition: Contested over six rounds, Finland 1 took the Team title from Finland 2 with Sweden 1 third. GB1 finished in a creditable eighth place, but only a one shot average separated the Swedes in third and ninth place. GB2 finished in 13th place a further 1.2 shots average adrift.

The Men’s General class and Seniors podiums saw a Finish clean sweep with Seve  agonisingly only two shots away from a podium in the General class finishing in fourth place.

In qualifying for the overall final, reserved for the top 18 players from all categories, Seve proved himself to be a top player, able to compete with the top Europeans.

Aki Sillman was crowned the World Adventure Golf Masters Champion (he also took the Men’s general class title)  on -63, five shots ahead of Tom Alhberg, the Men’s senior winner,  on -58,  after a playoff with Tommi Lantta the men’s general class runner up.

While Seve was our star performer, the rest of the squad acquitted themselves admirably with only 12 shots covering them.

David  – saved the best till last with a final round of 30 , and had the best overall record of the entire field on hole 18.

A special mention to our coach Will Donnelly for his support throughout the week.

Also thanks once again to our sponsor James and the Team at Urban Crazy https://urbancrazy.com/ 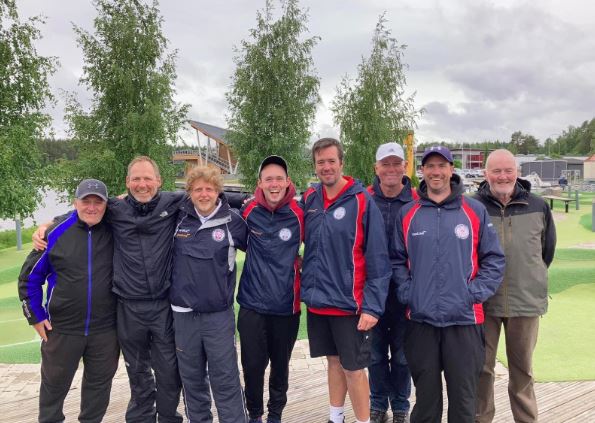 Great Britain on Sunday the day of the Overall Final.

Kuopio saw the overseas International debuts for three of the squad, here are their reflections on Kuopio 2022.

Seve: “The whole experience was amazing and I’d encourage any new player that qualifies for the GB team to give it a go. Such a memorable week and I can’t wait to go again should the opportunity arise”

Paul: “It was an amazing week, there was great camaraderie throughout the team, and I have memories that will last a lifetime. I have learnt so much in the last week that I can take forward into future mini golf events. It was a real honour and a privilege to represent Team GB.

Having ‘got the bug’ some years ago and competed in many a tournament over the last few years, I regard myself as a ‘mid-field’ player; that is, I don’t usually finish in the top echelons but then again, I’m not usually completely hopeless. So was I good enough? It was my Manager, Maz, who finally prompted me to apply. After all, she said, ‘you’ve done well enough to be high enough in the rankings and to be considered so why not have a go?’

So I applied and I’m so glad I did. It was an amazing week. I still had doubts as we walked onto the course at Bellanpuisto, not least being, was I going to physically handle it; having reached the grand young age of 60-10, I think I was the second oldest player present from anywhere. However, I told myself to just knuckle down and get on with it.

I loved the intensity of the competition, the team camaraderie and the level of support and encouragement from my team colleagues. I discovered that a good coach is totally invaluable and as I’ve posted elsewhere, Will Donnelly was brilliant. With his help, my scores were respectable and I came home knowing that I’d ‘done my bit’.

My advice to anyone would be… ‘if you get the chance, go for it!’