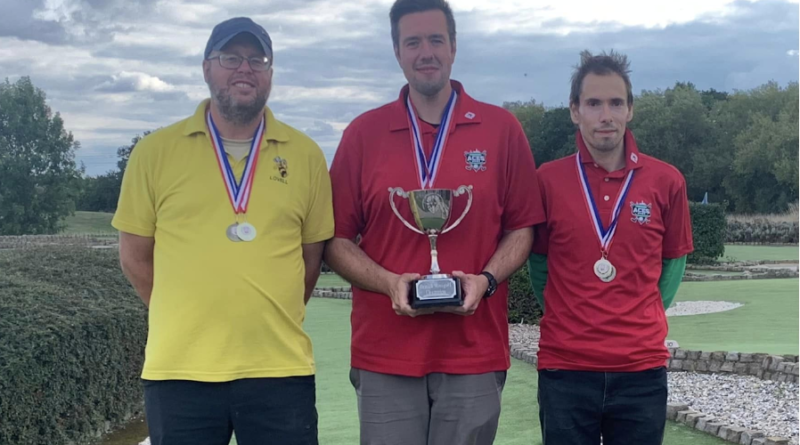 Over the weekend of 15/16th September Seve Kukielka continued his superb form of 2022 over the most challenging course on tour. Seve not only won his fourth title of the season, his First Major, he also became the new Great Britain no1 ranked player. A magnificent achievement and a well deserved reward for an excellent season, so far.

Seve secured his first Major Championship with a six round total of 249 (a stroke average of 41.5 per round). Clubmate and defending Champion Michael Smith finished second, seven shots back on 256, with Steve Lovell, with yet another fine performance at Dunton, taking the Bronze medal with a score of 258.

Speaking following his victory, Seve said “I’m very happy to take the ‘next step’ and win my first major title. Playing at Dunton Hills is always a tough test and it was made even more difficult in the windy conditions so scoring low was a real challenge. Hopefully I can continue to challenge in the remaining tournaments in 2022”.

As usual there were also a variety of different category championships being contested over the  weekend. 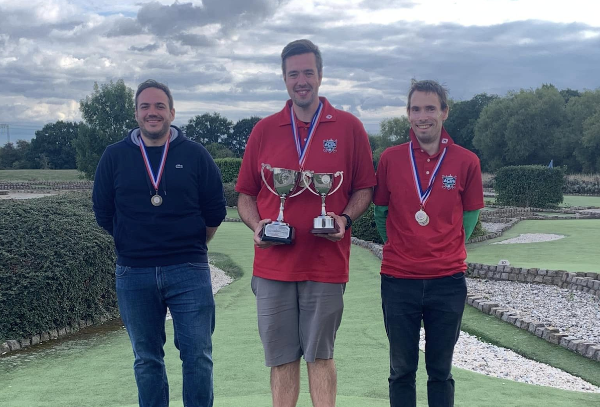 The closest fought Championship of the weekend, where a single shot separated the three time defending Champion Martin Greenhead, who also finished fourth overall on 259, and the new Seniors Champion Steve Lovell (258). Adrian Amey picked up a well deserved Bronze medal finishing on 279. 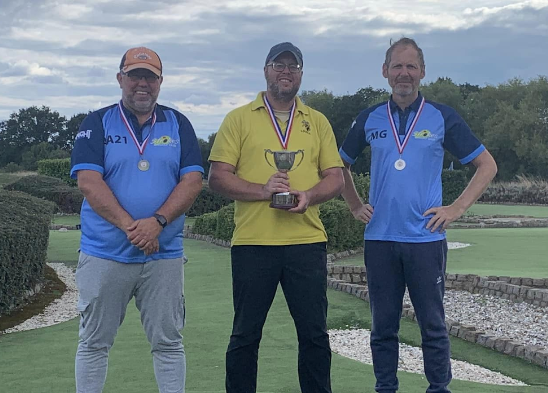 Speaking after his victory Steve said “It is a huge honour to have become the seniors champion and looking down the names on the trophy of the previous winners, it is humbling. It was a battle out there with the dry and windy conditions on a course which does you no favours. I’d like to pay credit to Martin Greenhead for the way he fought on Sunday. He’s been a deserving champion for the past few years and he wasn’t going to let this go easily. I’ll dedicate this to my Sussex Wasps teammates. Although we are few, we are strong.” 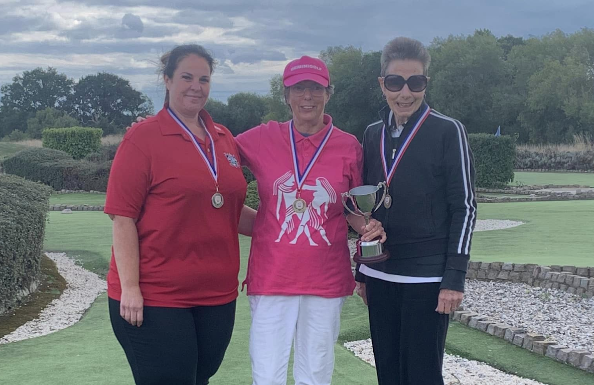 Following her victory, Ruth said “Dunton Hills! What a course. I’m so pleased to have been able to secure the Women’s title there. It’s a relief just to finish the six rounds, let alone win. Congratulations to all the players who made it to the end. (I know Dave would have if at all possible, and I wish him a speedy recovery.)

Thanks to the BMGA for organising the tournament and to ‘Costa Rica’ Sue and all the other Dunton Hills staff for hosting us. Playing partners seem to me to be especially important on this course. Thanks to my kind and knowledgeable companions in arms: Martin Greenhead, Marton Geda, Ed Pope, Richard Jones, Adrian Amey and James Rutherford. Your company in battle was a privilege. Finally, love and thanks to Steve Sturdy for all your help and support and a lovely holiday. See you all in Margate!

Mark Wood took the title and the ‘Dave Donnelly Silver Salver’, with a score of 263 (and fifth place overall), inaugural Super Seniors Champion Terry Exall, on 278 edged out David Hartley who took the Bronze Medal with a total score of 279 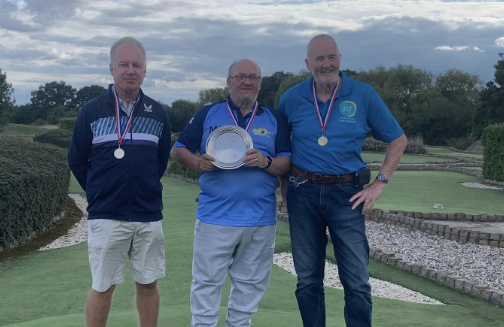 Full results from the weekend can be found at: https://bmga.online/results/2022/2022BC/result.htm

Following the weekend, a few words from BMGA Chairman Ed Pope “Firstly, I want to say a big thank you to all of the players who made the journey to Dunton Hills for the British Championships. It was a fantastic weekend, and the weather, albeit a bit windy, was on our side as well.

A massive congratulations to all of the winners across  the 5 categories, and the overall top 3.

Lastly, we must say thanks to the staff at the course, who not only gave us excellent service the whole weekend, but also spoke with passion about who we were to the general public that were there.

A resoundingly successful weekend, and now it’s onto Margate!!!’