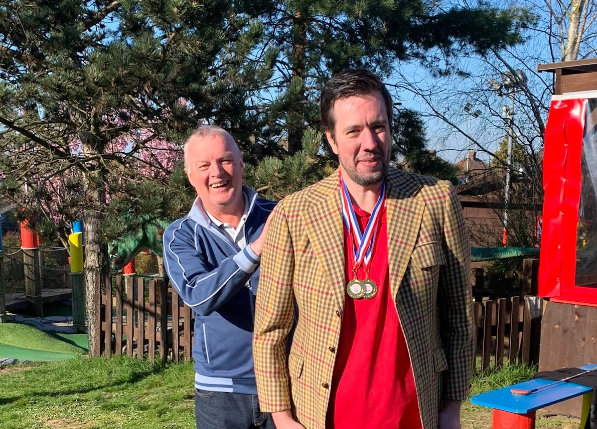 A familiar headline? This time it’s Seve Kukielka winning a hard fought 2022 British Adventure Golf Masters title and the coveted tweed jacket. Played on, for once, a nice sunny day at Mr. Mulligan’s Dino Golf, Sidcup Family Golf, Seve held his nerve to win his biggest tournament to date, securing victory with a par on the final hole to edge out Marc Chapman and Steve Lovell by a single shot!

Speaking following his victory, Seve said “ I’m Incredibly happy to build on my solid 2021 season in such an important tournament. The Masters has a long history and I’m proud to have my name on the trophy alongside all the other great players who have won in the past”

Full results from the competition can be found at: https://bmga.online/wp/results/2022/2022BM/straight.htm