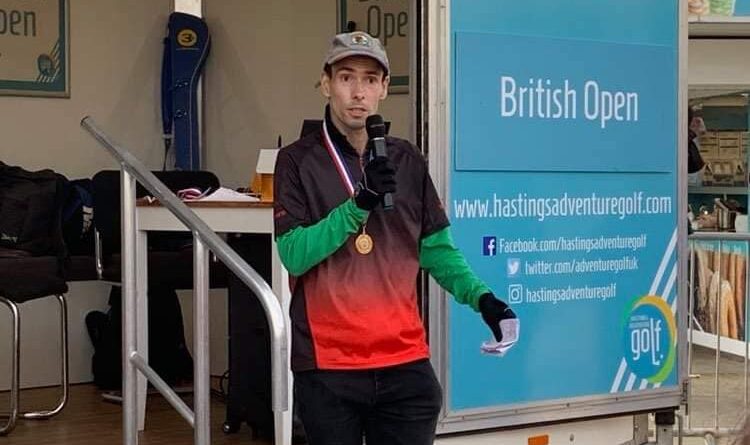 The weekend of Saturday 24th and Sunday 25th September saw the BMGA tour return to Hastings Adventure Golf for the 2021 British Open. Given the travel restrictions, it was pleasing to see a field of 49 taking part, including two overseas visitors. After eight hard fought rounds, the British No.1 Michael Smith from the Midlands Minigolf Club, took the victory, his eighth British Open title. And in a repeat of the 2020 Open podium, Seve Kukielka, Wales Minigolf Club, took silver with Will Donnelly, Midlands Minigolf Club the Bronze 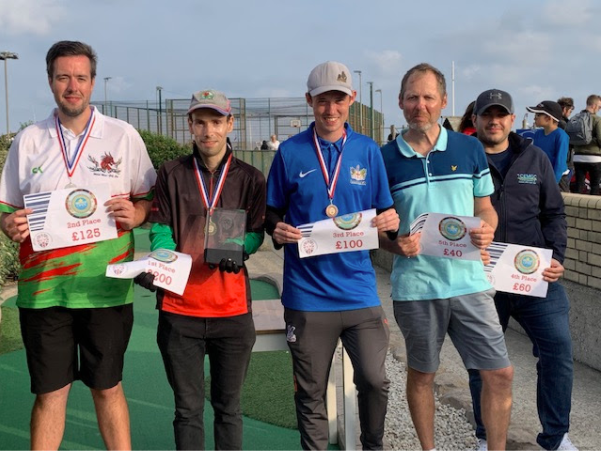 In addition to the main prizes, there were a variety of prizes available over the course of the weekend and the prize winners were as follows:

Paul Tutt, the Planet Hastings Crazy Golf Club, continued his recent fine form taking the Gold Medal with a score 251 (-37) winning £40, clubmate John Mciver took silver with a score of 254 (-34) winning £30 with overseas visitor Andrew Edmonds from the Czech Republic, taking the Bronze on 261 (-27) earning him £20

In the Category 3&4 competition-

Our second overseas visitor, Frank Bisesi, from Ohio, USA, took the Aces prize for scoring  the most aces outside the above prize winners, with a fantastic 52 aces (the 3rd highest in the field) across the eight rounds.

Elena Teubler (12) and Julian Teubler (9) were presented with momento’s of the weekend for their exemplary contribution to the event.

We also introduced a ‘Top Rookie’ prize, for the top rookie (outside the above prize winners), James Teubler, took the prize for his 39th place finish earning him a BMGA ‘Golden ticket’, giving free entry to a future event of his choice.

In the British Open Club Shield, the Cambridgeshire and Essex Minigolf Club retained the shield 14 shots ahead of the Midlands Minigolf Club, with Planet Hastings Crazy Golf Club in third. 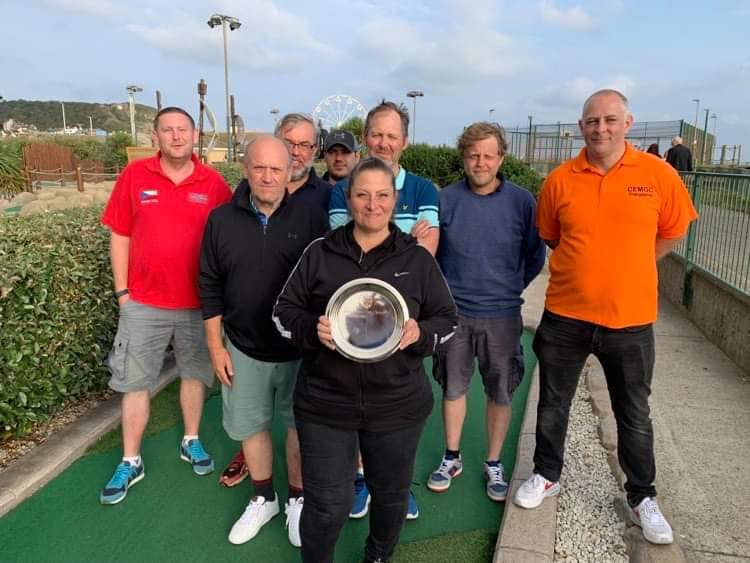 Full tournament results can be found at https://bmga.online/wp/results/2021/2021BO/result.htm

A variety of photographs from the weekend can be found on the BMGA Facebook account at https://www.facebook.com/BMGAMinigolf 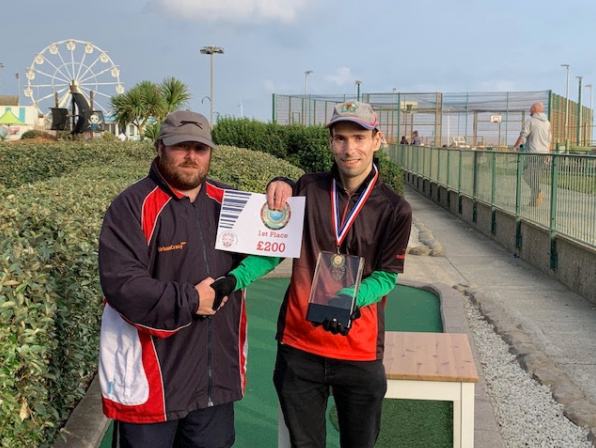 In the matchplay round:

Richard Jones(7) beat Will Donnelly (2) by one hole.

The scores in the final round were as follows:

30 players entered the Players Championship with 50% of the entry fee (£5) going to the Winner with 50% to the charity of the winners choice. Seve’s chosen charity was Special Effect https://www.specialeffect.org.uk/

A big thank you to everyone who took part. 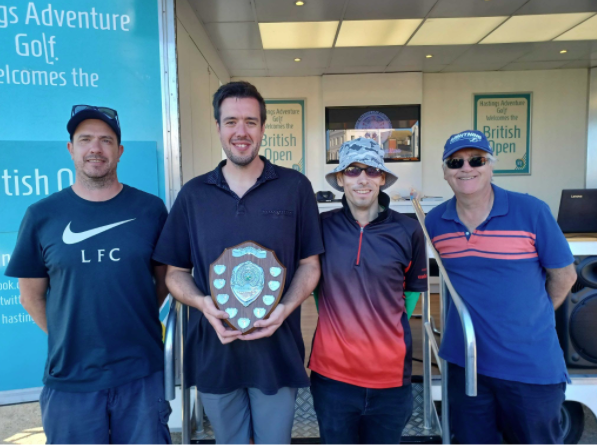 Following a successful weekend,  BMGA chairman Scott Lancley said  “This weekend was a great competition. We had a strong turnout by the current Top 32 of the Order of Merit and enhanced again by the participation of Frank Bisesi from Ohio, USA, and former Hastings player Andrew Edmonds, now living in Czech Republic.

With the tournament so soon after the WCGC we were also joined by a number of novices, I hope they enjoyed this experience and that we’ll see them at another BMGA event.

Congratulations to Michael Smith, (-60) for 8 rounds is exceptional on UK soil. Tiger Pragnell shooting a sub 30, and taking the Cat 3 title. Paul Tutt pipping a former UK number 1 to take the Cat 2 title.

Thanks as ever to Simon and the rest of the staff at Hastings Adventure Golf, wonderful course and always looking after our needs throughout the weekend.

Hope we’ll see as many of you as possible at our next major The British Championships at Strokes Adventure golf, Margate.”