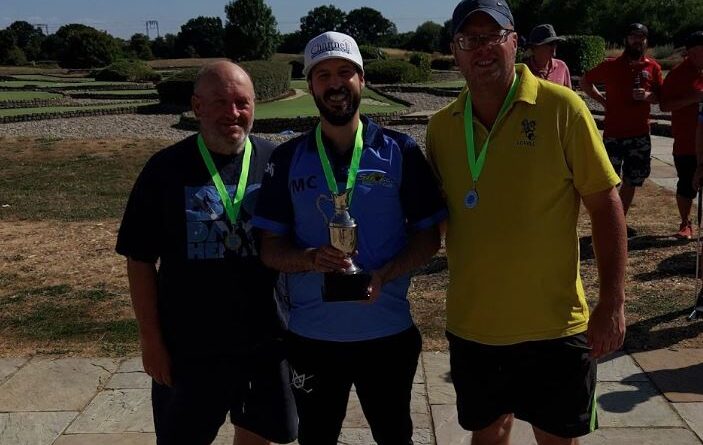 Saturday 6th August saw Marc Chapman take the honours in the rebranded Dunton Open. Marc equalled the course record in round two with a stunning 36,  before closing with a 38 to enjoy a four stroke victory on 119 strokes.

Steve Lovell took the runners up spot at Dunton on 123, with former Champion Mark Wood third, a further four shots back on 127.

Speaking following his victory, Marc said “ I’m Thrilled to win for the first time at Dunton Hills. It’s a course that has taken a few years to learn and understand the complexities on some holes – always a different but enjoyable challenge!”

James Shaw won the Cat 2 Gold Medal with a score of 139, David Jermey took Silver on 145, with Richard Jones the Bronze on 148.

In Cat 3/4, Dunton debutant Rachel King took the Gold Medal, and an excellent top ten finish, also with a score of 139, Cameron Fincher the Silver on 142, with Luke Ryan & Neil Tann sharing Bronze on147

Rachel also took the Women’s title ahead of Shelley Cooper on149 and Marion Hartley on160.

Full Results from the event can be found at: http://www.bmga.online/results/2022/2022DO/result.htm

Pictures of the event can be seen on the Strokes Minigolf Club Facebook page.