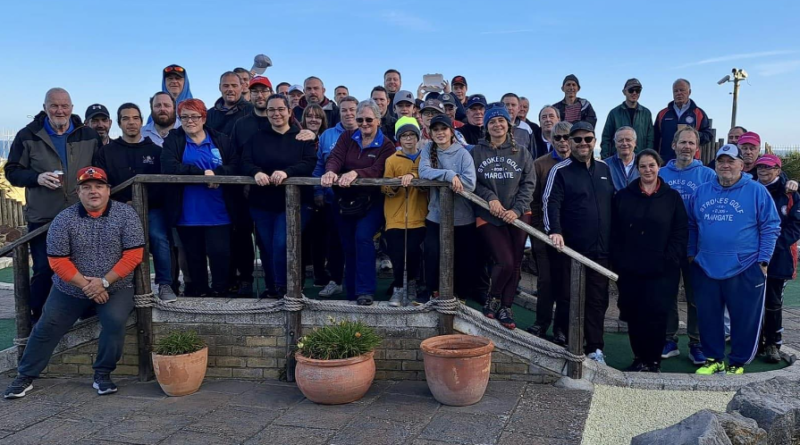 The weekend of Saturday 15th and Sunday 16th October saw the BMGA tour arrive at Strokes Adventure golf, Margate in Kent, for the 2022 British Open.

And just like the  earlier British Championships, the Open welcomed the newest member to the ‘Major’ Champions Club. After seven keenly contested rounds, it was Thanet’s Andy Exall who managed to hold his nerve and secure a two shot victory from home club favourite Marc Chapman. 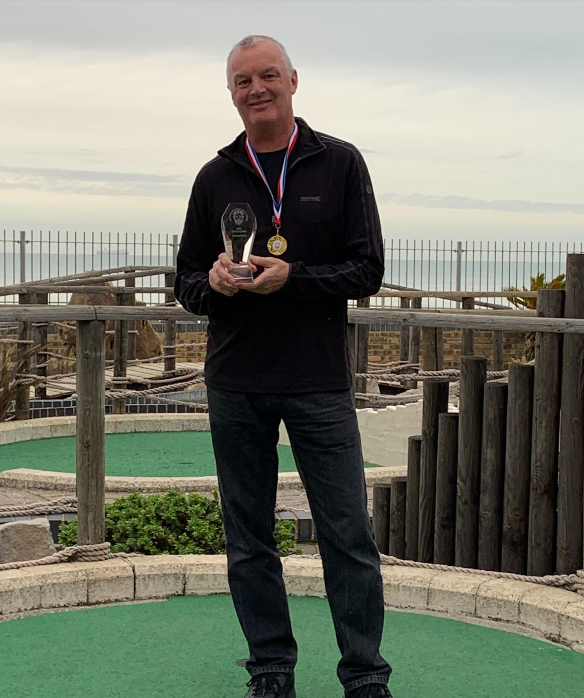 Andy reflecting after his win:  “A great weekend started with Steve Lovell presenting me with a photo montage as I arrived, he told me it was my 100th Strokeplay event, such a really nice touch & I wasn’t even aware I was on 99!

I was Very pleased just to have been in contention after day 1 but also very chuffed that Matty pipped Cam to his first BMGA junior title in his last year as a junior. Not many previous junior winners have celebrated with six pints of Stella that evening though!

Starting Sunday in third place, I was really looking forward to playing with Karsten & Marc, two very different but great players. I was honestly just hoping to leapfrog Karsten for 2nd as I thought Marc wouldn’t allow himself to be caught, but after staying level for the first two rounds I started the final round with a few early aces and overtook him. After Marc aced 13 & 14 to draw level I was thinking it could go to a playoff, then Marc made a very uncharacteristic mistake on 15 to drop a shot. After I aced 16, his tee shot agonisingly slipped by to the right, so it left me 2up with two holes to go. Standing on the 17th I swear I could hear my heart thumping & the ramp looked about 6 inches wide, but the wave of relief I felt as I played the rebound to leave a tap in was incredible. I could see Marc was really going for the ace to take it to the last hole but thankfully for me he didn’t get it, I’m not sure my nerves would have coped. After getting an ace on 18 I was overwhelmed with people congratulating me which was really lovely, then Marc also aced the last to avoid a playoff with Karsten.

My first Major win after 17 years of minigolf & a lot of 2nd places, at my favourite course in my 100th Strokeplay event with Matty winning the Juniors – it couldn’t get any better! As always huge thanks to Matt & Lexi for being such great hosts, thanks too to the EC for excellent organisation as always. Thanks too to all of the Silverbacks for their support & to all of my playing partners over the weekend for being great company. Special thanks to Marc who was genuinely pleased for me even though I’d pipped him to the title, a great player & a great sportsman”.

In the overall standings:

2006 British Open Winner Karsten Hein (Germany) finished in third place winning £50 and the Bronze medal with a total of 238 (-14) which included a best round of 31.

Marc Chapman (Strokes MGC) the 2011 Champion finished second winning £60 and the silver Medal with a total of 237 (-15). Marc was the only player in the competition to shoot under par in all seven rounds.

Andy Exall (Thanet Silverbacks MGC) shot a final round 30 to overcome a two shot deficit and claim the title by two. He won £100, the Gold Medal and a glass trophy to keep. Andy had a seven-round score of 235 (-17) with no round over par. 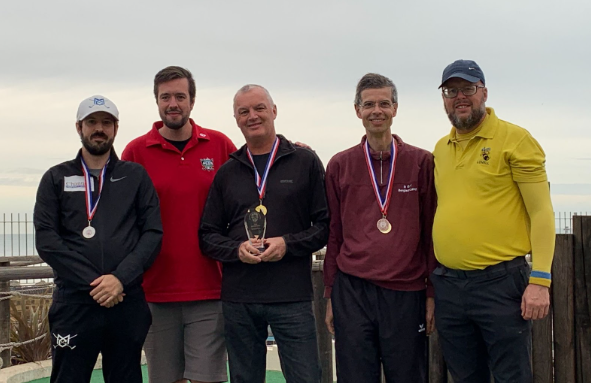 There were a variety of prizes available over the course of the weekend and the prize winners were as follows:

Paul Tutt, the Planet Hastings CGC captain had the most aces outside the top five with 27 aces across the seven rounds. He won free entry to a  one day BMGA event of his choice within the next year.

In the Category 3&4 competition

Full tournament results can be found at http://bmga.online/results/2022/2022BO/result.htm? 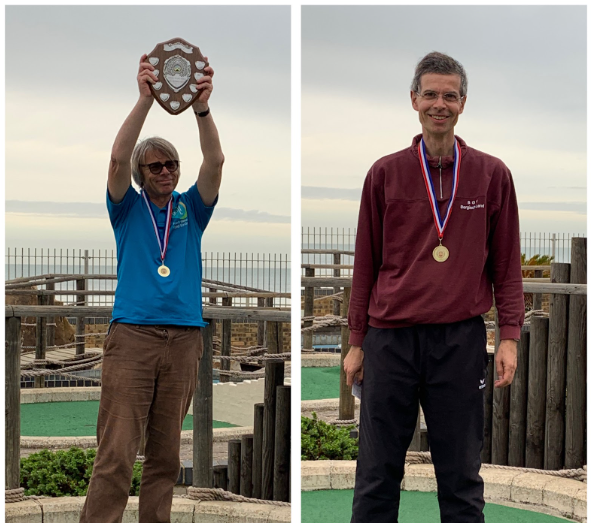 Following a successful weekend, BMGA chairman Ed Pope said “This has been another wonderful weekend. Once again it’s a huge thank you to Matt, Lexi and the rest of the Woods family for looking after us so well and their continued support of the BMGA.