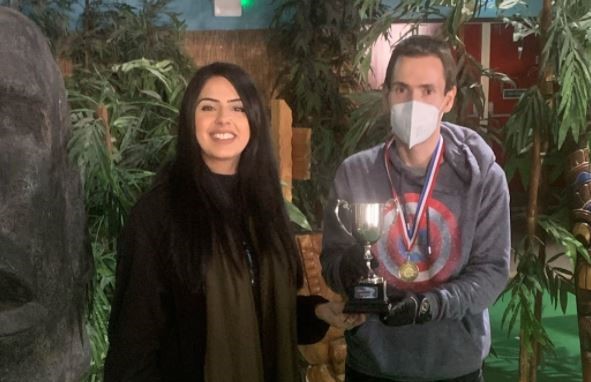 Michael Smith, the UK’s no1 ranked player,  ended his 2021 campaign by winning his eighth Star City Open. Michael won by six shots from the UK’s no2 ranked player, Seve Kukielka,  with Wasps captain Steve Lovell completing the podium a further five shots back.

Going into the final round, Michael held a two shot lead from Seve, only to shoot a course record 25 to Seve’s excellent 29, to secure the win.

Speaking after his victory, Michael said “I’m delighted to have won the 2021 Star City Open and I’m especially proud of the 25, which is one of my best ever rounds. I had to play really well across the three rounds as Seve Kukielka put in yet another incredible performance to force me to play my absolute best. It’s been two very long years since we last played a minigolf ranking tournament indoors with no limits on ball choices. It was just great to be back on one of my favourite courses and playing indoor minigolf again! I’d like to thank the EC for all their hard work and running such an excellent calendar of tournaments in 2021 despite the challenges posed by Covid-19. Special thank you to all the staff at Adventure Island Star City for hosting the BMGA once again and for showing us such great hospitality across the weekend.” 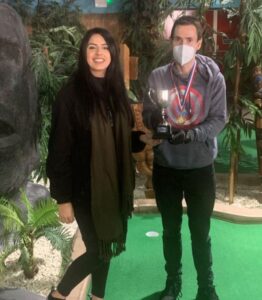 Rhiannon also introduced and presented a special prize ‘ for going above and beyond’ to David and Marion Hartley.