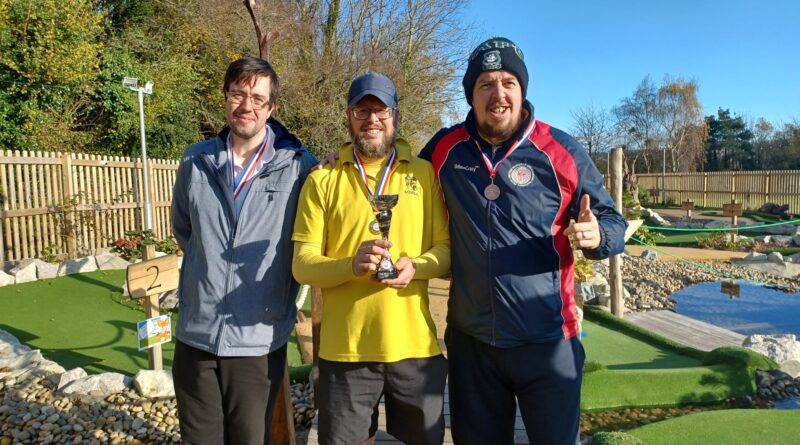 Congratulations to Steve Lovell (Sussex Wasps Minigolf Club) who has won the 2021 Cornwall Open at China Fleet Country Club in Saltash. It may have been a non-ranking event, but that didn’t matter to the 22 putters crossed the Tamar to take part in the event, which was a test event at a brand new venue.

The big story of the event happened pretty much straight away. Leading after round 1 was newcomer Richard Maud. His opening 34 taking almost everyone by surprise.

By the end of the day experience rose to the top, With Steve taking 1st place and £50. Seve Kukielka (Welsh Minigolf Club) took £30 for 2nd with Ed Pope (Sussex Wasps Minigolf Club) taking £20 for 3rd.

Richard did hold on to take £25 as top novice. We get the feeling that his name will be heard among the prize winners quite often in future tournaments. 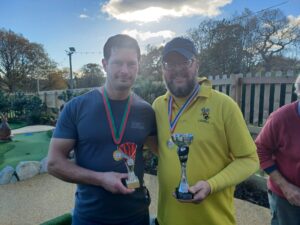 What of the event itself? As far as test events go, it couldn’t have gone any better. The course was wonderful, and their staff even more so. We can’t wait to be back for a ranking event in 2022.

Full results can be found at http://bmga.online/results/2021/2021CO/result.htm