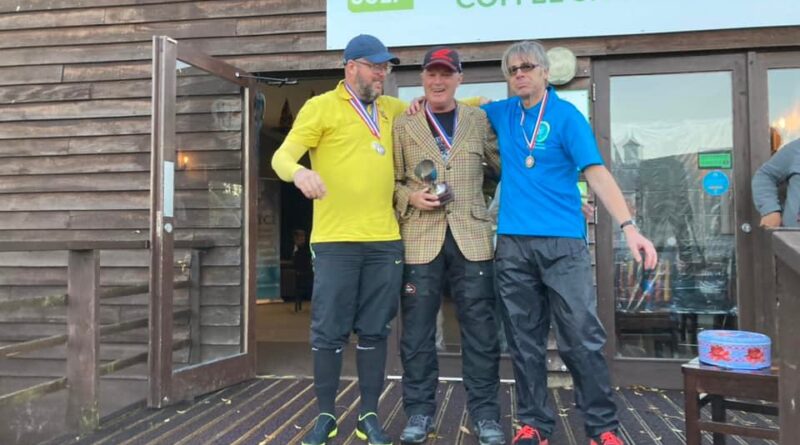 The largest BMGA field of the season, a superb 53, braved the weather and testing playing conditions over three rounds to produce an exciting event with all categories closely contested.

Trailing by three shots going into the final round, Andy produced a superb and tournament low round of 31, to take the title by 2 shots. 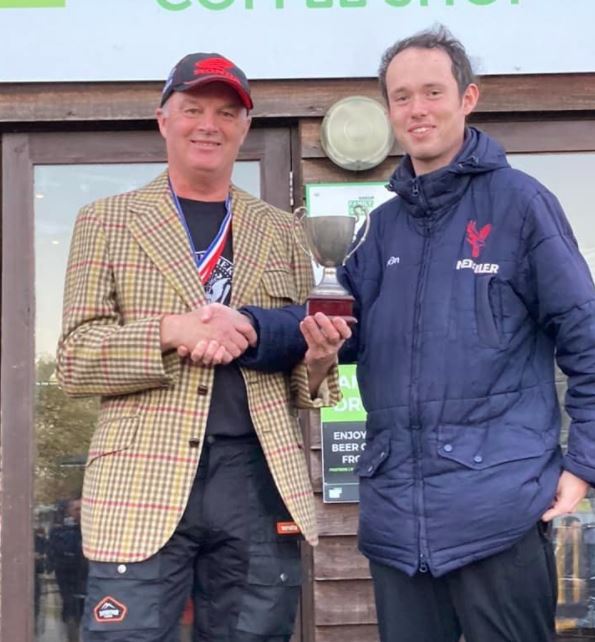 The 2021 British Adventure Golf Masters Champion (wearing the jacket with pride) – Andy Exall with the 2020 Champion Will Donnelly.

Speaking following his victory, Andy said “I’ve always liked playing Sidcup, it’s one of my favourites but it was not much fun until the rain stopped – once the EC had cleared the course superbly during the break though we could play almost normally!

Really pleased to get the 31 in the last round  but I admit I had some good fortunate aces on holes 11, 13 & 14 – but I felt bad for Steve, that’s twice in a row I’ve leapfrogged him in the last round to win there but he took it (again) with good grace & great sportsmanship.

As is always the case, thanks for great organisation by the EC – this one was especially difficult due to the weather but we all enjoyed the competition & appreciated their hard work & decision making on the day.

Thanks also to my playing partners for the good company: Neil B, Ted & the still rapidly improving (& growing!) Cam Fincher.

Finally, massive thanks to Sidcup Family Golf for the use of their great, challenging course, I for one can’t wait to return!”

Steve Lovell (Sussex Wasps) finished second, two shots behind, winning the Silver medal and £55, with the three time former Champion John McIver (Planet Hastings) rolling back the years in third, a further two shots back, picking up the Bronze medal and £45.

Full results from the competition can be found at https://www.bmga.online/results/2021/2021BM/straight.htm