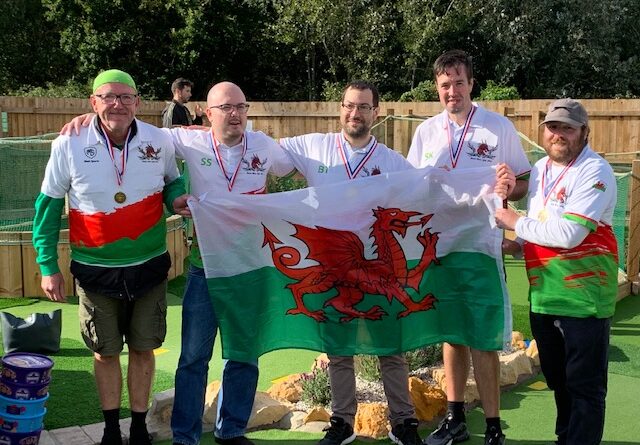 After a year’s absence, the weekend of the 1/2nd October saw the 2021 British Club Championship take place at Aces Minigolf Gloucester. Six teams took part over the two days, with every team playing each other in a single league format over the 12 hole course.

Sadly the holders were unable to defend their trophy, so would there be a new name on the trophy? And indeed there was, it was the semi hometown club, The Welsh Minigolf Club, in the guise of the Welsh Wizards who emerged victorious. undefeated  over the weekend, winning three and halving two of their matches.

Cambridgeshire & Essex after a slow start took the Bronze Medal

The Wednesday Wonkers of Planet Hastings Crazy Golf Club, finished in fourth, just missing out on a podium finish

The second Welsh team, the Warriors team finished sixth with three points from their five matches.

The competition was played in an excellent spirit, with plenty of close matches, and tense finishes. But there was no doubt that the Wizards were worthy winners. 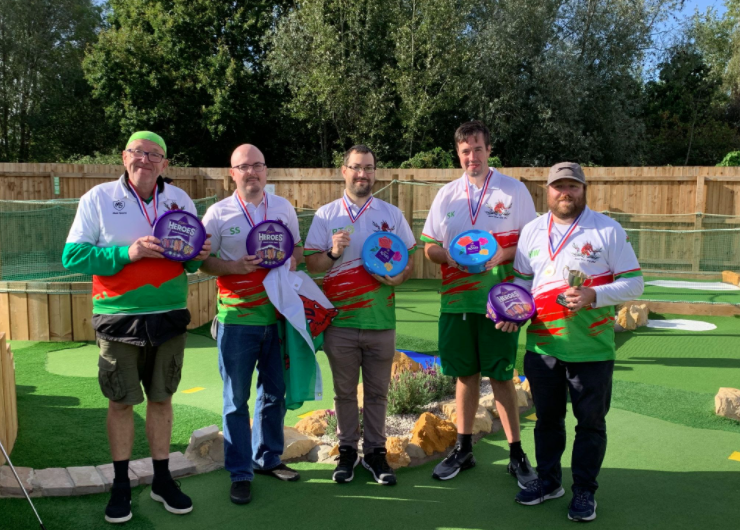 Huge thanks to Seve and the Kukielka’s for accommodating us over the weekend. 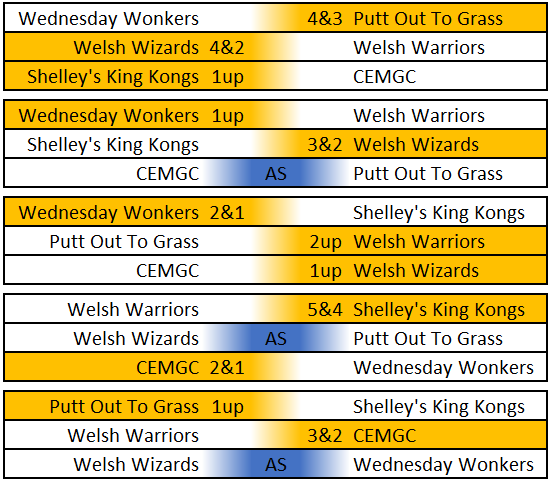 Some photos from the day, including the presentations can be found on the BMGA Facebook page at https://www.facebook.com/bmgaminigolf.