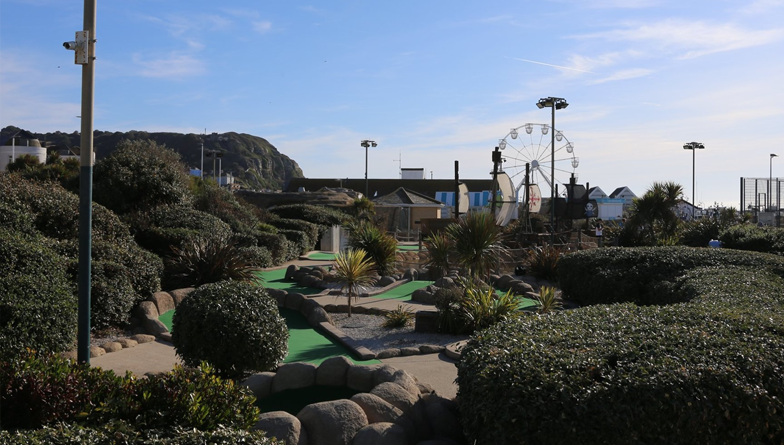 The 2021 British Open will tee off in a little over a week on the Pirate course at Hastings Adventure Golf. This will be the fifth time that the event has taken place on the Pirate course where reigning champion Michael Smith will be bidding for his eighth title in ten years.

The Open takes place on the weekend of the 25/26th September.

The Open will start at 10am on Saturday 25th, every player will play four rounds with a further four on the Sunday.

The latest list of entrants (which will revert to the live scores from Saturday morning) can be found at https://bmga.online/results/2021/2021BO/result.htm

The course will be open on Friday 24th September until 10pm, weather permitting, and the same again on the Saturday after the first day’s play.

Hastings Adventure Golf are offering a £9 day rate for the week of the Open, Monday to Thursday. The Tournament entry fee covers the Friday practice day.

In addition, there will be the same food discount available at the food outlets as per the World Crazy Golf Championship. For that we are really appreciative.

The tournament office will be adjacent to the pirate course as in previous years, and all player questions, feedback and scorecards, etc will be managed here.

We look forward to another enjoyable and successful event.

The players information pack will be sent out in the evening of the 22nd September.

Scott Lancley comments “Two years later than originally planned… We return to the great course that is Pirate Golf, at Hastings Adventure Golf.

This course offers plenty of Aces, and we are currently expecting one of the strongest fields of the year with almost all the GB’s current top 32 ranked players participating. We are also hoping to welcome some international participants from mainland Europe and across the Atlantic pond.

After a hugely successful World Crazy Golf Championship in Hastings, we are pleased to welcome a number of novice participants, good luck to you all!

The EC hopes that you all have a great weekend and are looking forward to the fierce competition. We’ll all be there to make sure it all runs smoothly.

As always, thanks to Simon and the rest of the staff at Hastings Adventure Golf  for their continued support of the British Minigolf Association national calendar.