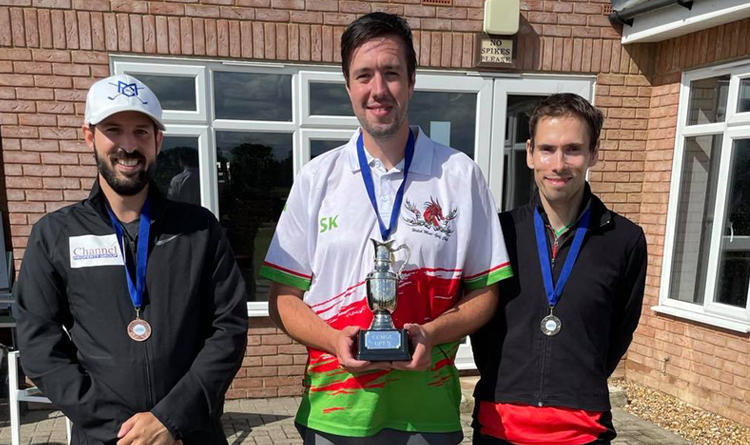 Dunton Hills is  the most challenging course on tour but a special mention goes to Seve, Michael and Chris Wood (CEMGC) who each shot the low round of 39.

In Category 2, the newly appointed captain of Planet Hastings Crazy Golf Club, Paul Tutt, took the gold medal with a score 139, ahead of the home clubs Matt Dodd (CEMGC) on 143, with David Hartley (PHCGC) taking the bronze medal on 144.

Simon Brown (PHCGC) took the coveted Aces prize with a grand total of 3.

Speaking following his victory, Seve said “ I’m very happy with how I played this tournament and to win against such a strong field only will only help me in future events.”

The final word goes to host club captain and chief tournament organiser James Rutherford “It was a pleasure to welcome everyone back to Dunton Hills for our Open this weekend. The club couldn’t be happier to see Seve lift his first trophy. Some of the scoring this year considering the conditions was excellent and it’s great to see so many players beginning to master the course”

Don’t forget that the next event is the Sussex Wasps Open on Sunday 29th August. Contact Steve Lovell for details.