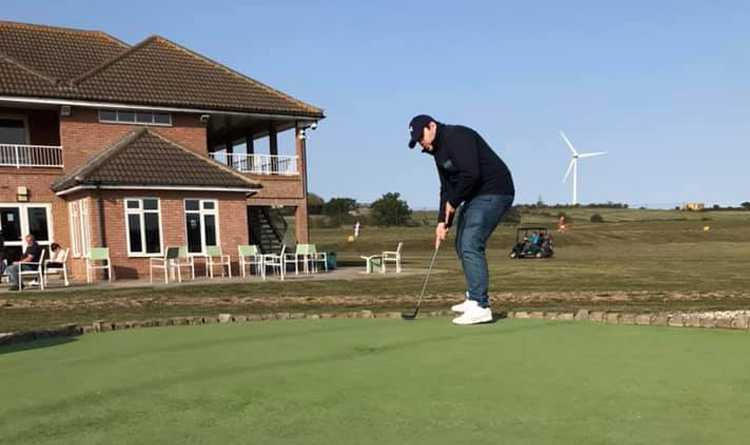 Next weekend, 7th and 8th August, sees the tour return to Dunton Hills with the Cambridgeshire & Essex Open taking place on Saturday followed by the first BMGA event, the Doubles Championship on the Sunday.

The Doubles competition will see a full field of 16 pairs taking part for the title.

The format for the event will see the 16 pairs drawn (at random) into 4 groups of 4 teams. The draw for the groups will take place at Dunton Hills on Saturday 7th August between rounds 2 and 3 of the Cambridgeshire & Essex Open.

The tournament will tee off from 9.00am with practice ending at 8.40am. The anticipated finish time is 4pm

Players are reminded to bring a packed lunch.

The group stages will see round robin matches taking place over 12 holes – the 12 holes selected are as follows:

Players in their pairs will take alternate shots on each lane. They will also tee off on alternate holes – i.e if player 1 in the pair tees off on the first hole of their match, player 2 will tee off on the second hole, player 1 on the third hole (and so on). Both pairs will also alternate who tees off first at each hole . i.e. Pair 1 tee off at first hole, pair 2 at the second hole, pair 1 at the third (and so on).

The top 2 pairs from each group will progress through to the quarter final (knockout) stages of the event competing for places 1-8, with the bottom 2 pairs playing for places 9-16.

The knockout ties will follow a similar format to the World Cup, with matches also played to decide all places, from the Winners to 16

All knockout matches will be 12 hole ties – decided by sudden death shootout if the match is tied after 12 holes.

PLEASE NOTE: All bunkers on the course will be classed as Hazards for both the CEMGC Open and the British Doubles Championship. Any ball that comes to rest in a bunker will be deemed to be in the hazard and the shot will then be retaken from the original point – all shots count, no additional penalty given. eg if the ball comes to rest in a bunker from the tee off shot, the player will tee off again. If the ball is played into a bunker from elsewhere on the lane, the shot is replayed from the previous position.

CONFIRMED TEAMS FOR THE EVENT (numbers will correspond to the draw):