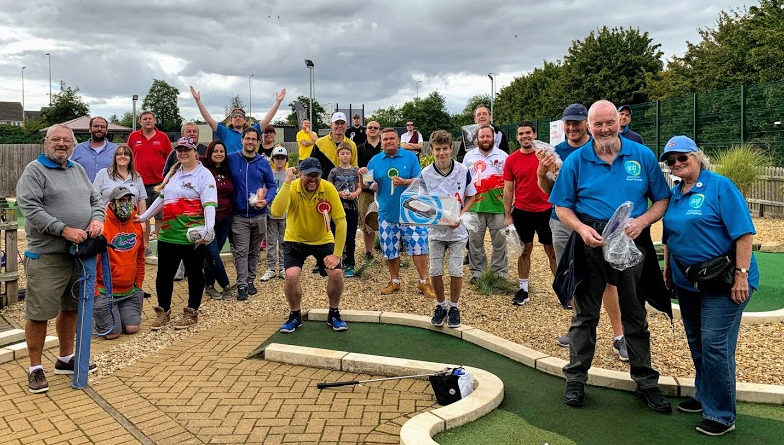 August 31st saw 28 players descend on Dobbies Garden Centre in Peterborough for the 4th instalment of the Sussex Wasps Open. The previous 3 years had runaway victors, with 2 of those winners in the field. This year though, there would be a close fight until the end.

In the glorious sunshine, Sussex Wasps Captain and defending champion Steve Lovell closed out the victory by 2 shots from clubmate Ed Pope in second, and the ever consistent Seve Kukielka in 3rd.

Steve had this to say after defending the title: ‘I’m delighted to have retained a title for once, especially as this one bears my mum’s name. Nothing is tougher than winning your own club open and Ed, Seve, Simon and Martyn put in incredible efforts.

Many thanks to Peterborough Minigolf for their continued support as well as the 28 players who showed the true spirit of what it is like to be a minigolfer, during a unique time in our lives. I’ve received some lovely comments, a couple saying it was the best event they’ve ever taken part. That’s special.

Everyone went home with a prize and work has begun on 2021 being bigger and better.’

The link to the full scores can be found here

The next event on the calendar is the British Open on the 19/20 September. There is still time to enter! Please contact the BMGA to get your spot in the first major of the year.